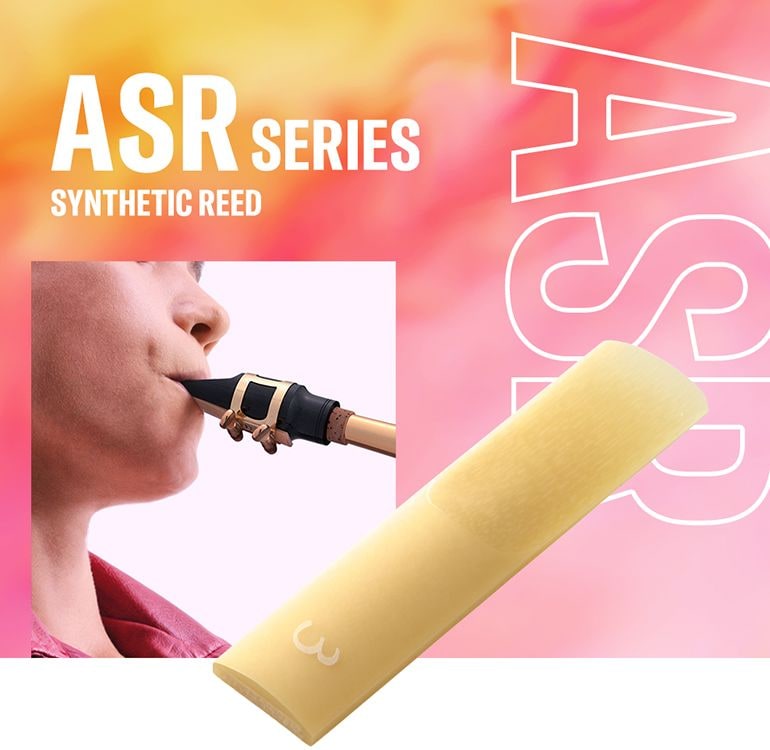 Advice for finding a synthetic reed of suitable strength

The strengths of Yamaha Synthetic reeds correspond closely to those of conventional cane reeds. So first, we recommend that you choose a strength which is the same or similar to the one you are currently using.

To find the optimal strength of synthetic reed:

Alongside the positioning of the reed, you can usually find a hint from the characteristics of the mouthpiece you are using. Usually, the mouthpiece consists of the parts such as ‘Baffle’, ‘Chamber’, ‘Facing’, ‘Tip Opening’, etc (see the image at the bottom of this article).

It is said that the ‘Facing’ and ‘Tip Opening’ particularly influence the sound and playability. ‘Facing’ corresponds to the length of the reed which vibrates when blowing. The lower part of the reed is touched to ‘Table’ of the mouthpiece. This is why only the part of the reed which corresponds to ‘Facing’ of the mouthpiece vibrates. The longer the length of ‘Facing’ is, the more resistance and bigger sound it produces. The shorter it is, the less resistance it has.

‘Tip Opening’ is the distance between the tip of the reed and the mouthpiece. The bigger the distance is, the more resistance and bigger sound it produces, or vice versa.

If you don’t know the details about the mouthpiece you use, please contact the store from which you purchased it. How you play or the condition of the instrument may also be influential factors, so trying the reed before purchase is recommended. 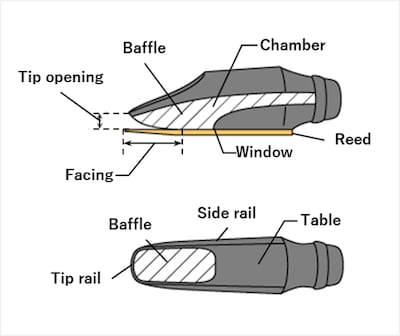 The shape of tip of the mouthpiece and the reed are not the same. So how is it adjusted? 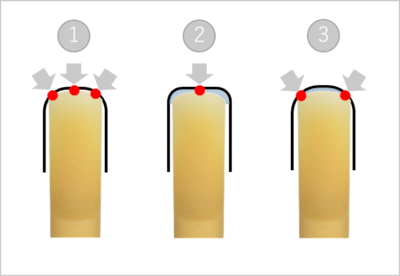 What's the difference between Yamaha Synthetic Reed and the reed attached to Venova?