A problem has been reported in version 15 of iOS and iPadOS, in which Apps are sometimes unable to detect a Yamaha musical instrument after making a USB connection.

If you encounter this problem in version 15.0 to 15.3 of iOS and iPadOS, turning off your iPhone/iPad and then turning it on again will allow the instrument to be detected normally.

We apologize for this temporary inconvenience. 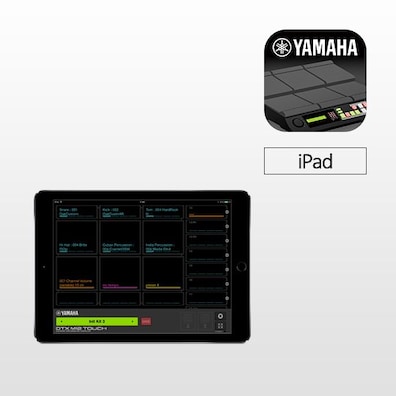 DTXM12 Touch is a dedicated iPad app that provides powerful support to drummers and percussionists who use the DTX-MULTI12 on-stage.